Order in advance and make sure your orders arrive in time for the celebrations.

Free shipping to PT and ES on all orders over 120€. 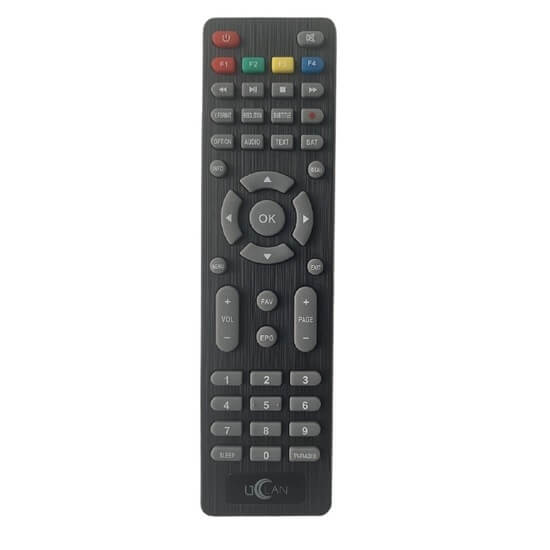 The uClan Denys H.265 EU it's satellite receiver with one DVB-S2 Multistream Tuner, it's a bestseller for several years!

uClan began developing the model since November 2016, a satellite receiver with an unusual name: Denys H.265

In a short time, from the moment it appeared became an incredibly popular device on the European market, caused a chain reaction - the appearance of MANY CLONES under other, famous brands such as Octagon, Golden Interstar, Xsarius, Hiremco, Edision, Ineos and many other brand names that have released similar devices with the same menu, copying the features of the successful Denys H.265 model...

The secret to the success of this model is the implementation of new ideas, the software experience of the U2C S + model range, which has been developed for several years since 2013, as well as the use of the “operator” processor GX6611 / 6622 (advanced security) with support for H.265 ( Full HD), where they implemented the innovative ability to scan MULTISTREAM and T2MI in fully AUTOMATIC mode, without entering special parameters, which opened up new possibilities for the user.

The support by this processor of the MINI-LINUX Operating System and the close interaction of the software developer with users in the support forums made it possible to discover many interesting and convenient functions that are currently not available on the DVB/IPTV devices market. That is why many competitors have carefully monitored and continue to track changes in Denys H.265 software, in turn, trying to repeat these innovations in the menu of their models...

A real indicator of success: during the first year after the appearance of Denys H.265, representatives of competitors appeared at many factories in China showing the original device with a request to make the same model under a different name! That is why Denys H.265 is difficult to attribute to any class of devices: its capabilities clearly overlap the capabilities of middle-class devices, but the lack of a 4K and WEB browser does not allow it to be ranked as a High-End class device.

Support for scanning MULTISTREAM and T2MI transponders without entering parameters! Hardware blind scan! Support H.265 (Full HD) High speed sufficient to work with most IPTV streams in HD quality Convenient WEB Interface for settings and management of rich functions of the Denys H.265 Internet part Modern and most importantly convenient launcher for launching Internet applications. The hidden feature of Denys H.265 in addition to the above advantages is its size! The device is only 12 cm x 2.5 cm x 8 cm in size! This feature makes Denys H.265 suitable for (wall) mounting behind a TV (including an external infrared receiver) or in another hidden place In addition, Denys H.265 EU is ideal for traveling or camping, as it has a 12-volt power plug. Support for USB-3G modems will allow you to use even on the go in modern urban environments. Just think: on the go you can watch news in FULLHD quality from IPTV / Stalker portals. In addition to all that has been said, the constantly expanding and supported cinema will be a pleasant surprise to the other advantages of this model. 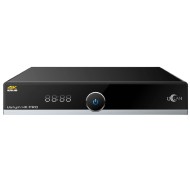 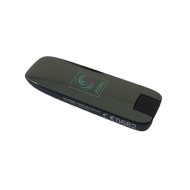 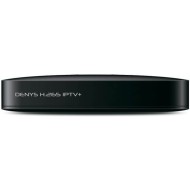 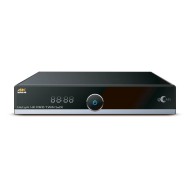 uClan Ustym 4K Pro Twin S2X
The uClan Ustym 4K Pro Twin S2X it's a 4K UHD satellite receiver with twin satellite tuner compatible with DVB-S2x, Multistream and T2-Mi em..
119.00€
Add to Cart
Add to Wish List Compare this Product
Buy Now Question
We use cookies and other similar technologies to improve your browsing experience and the functionality of our site. Privacy Policy.
<!--'>